ESV Olabisi Demola-Alade FNIVS has been elected the Chairman of the Nigerian Institution of Estate Surveyors and Valuers (NIESV) Lagos State Branch.

A Deputy Director at the Lagos State Lands Bureau, Demola-Alade was the first female Vice Chairman and now the first female Chairman of the NIESV Lagos Branch after she emerged unopposed in an Executive Committee election on Wednesday 26th May, 2021.

The election conducted electronically also produced other members of the Executive Committee of the Branch to administer “The Very Branch” for the next two years. 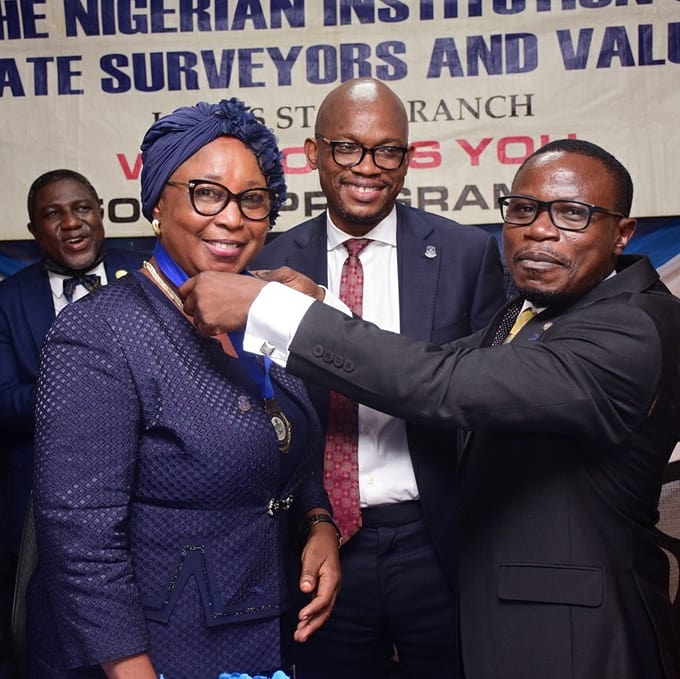 ESV Olugbenga Ismail ANIVS emerged as the Vice Chairman, while ESV Mosunmola Akindiose ANIVS, a former Assistant Secretary of the Branch emerged as the Honorary Secretary. 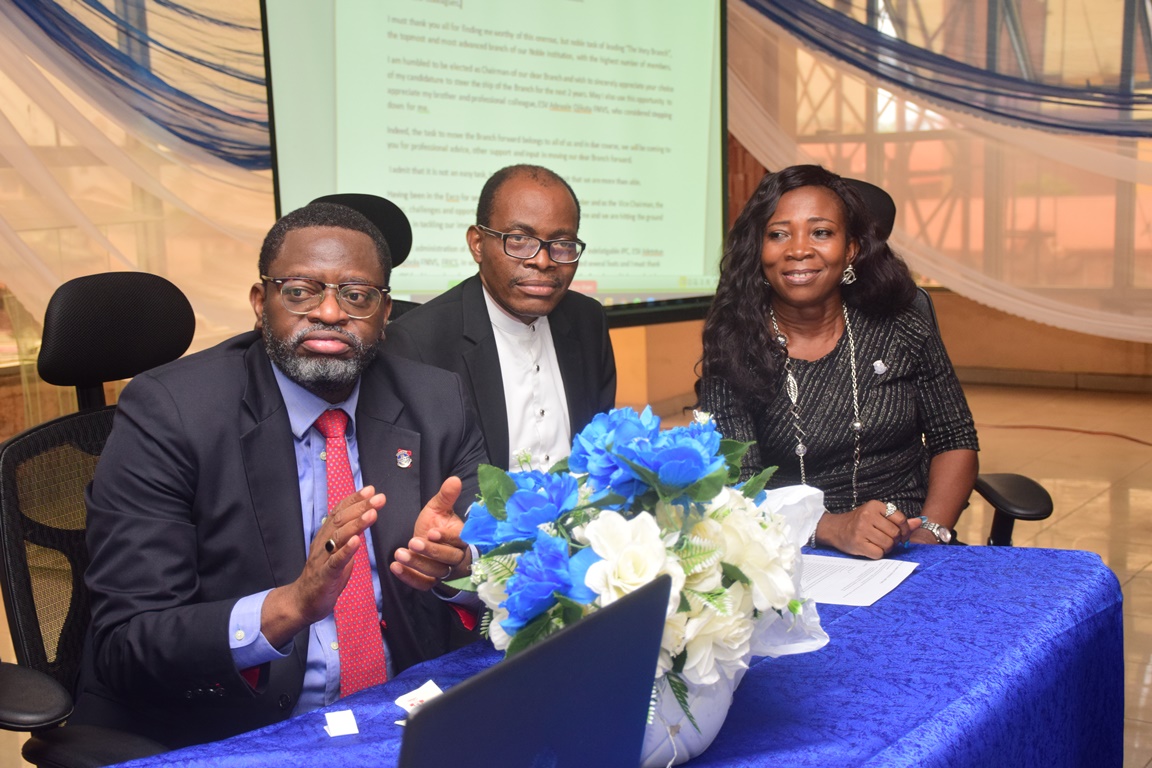 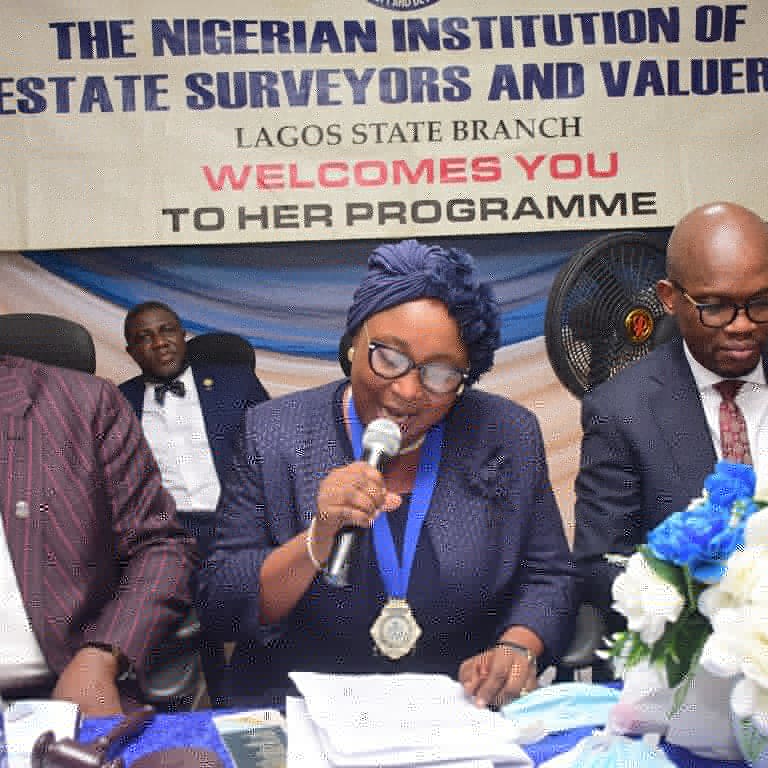 Delivering her Acceptance Speech, the new Chairman of NIESV Lagos State Branch, ESV Demola-Alade said she will work to improve relationship between the branch and the public sector