Issues of mutual interest to the State and the Institution, particularly as it concerns members of NIESV in Lagos State were enumerated and discussed.

The President, Mr. Wike, started by commending the Governor for his outstanding leadership and for exemplifying good governance through completed and ongoing projects in various parts of the State before presenting the requests and welfare of members of the Institution in the state.

Firstly, Mr. President proposed the creation of the position of the Valuer-General of the state as well as engagement of Estate Surveyors and Valuers in private practice as Consultants for the assessment, valuation and payment of compensation for compulsory acquisition projects and other core areas of our practice as done in other States of the Federation. 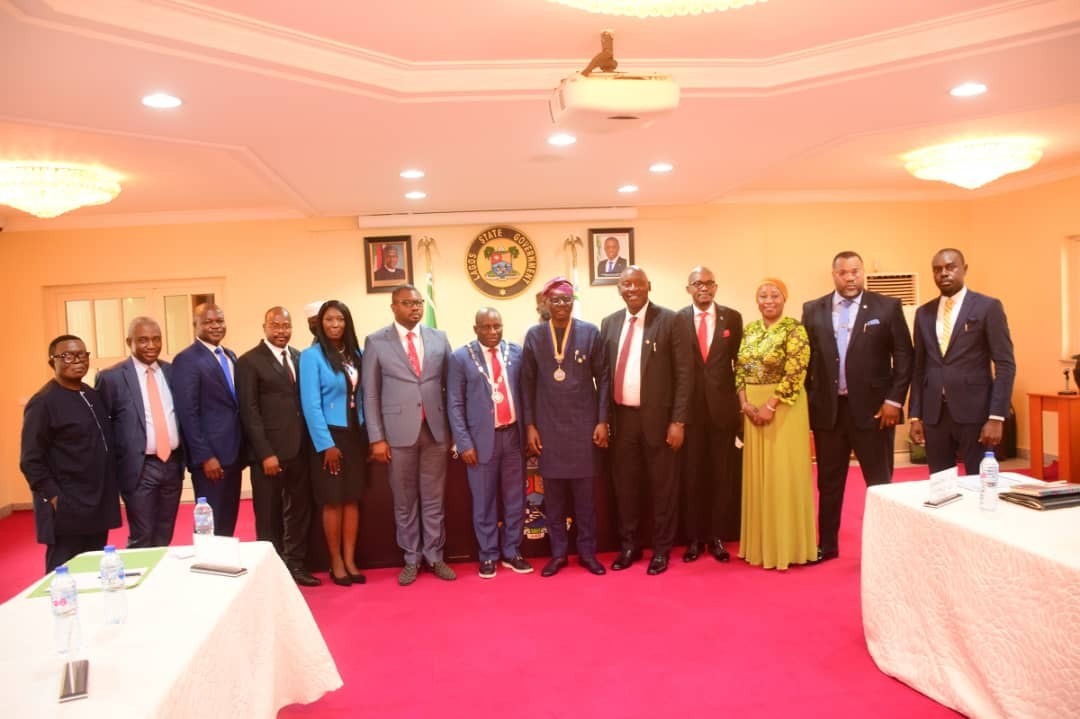 He equally brought to the fore, the lingering case between The Nigerian Institution of Estate Surveyors & Valuers (NIESV)/Estate Surveyors and Valuers Registration Board of Nigeria (ESVARBON) vs The Lagos State Government on the issue of blatantly subjecting NIESV/ESVARBON to the newly constituted Lagos State Real Estate Regulatory Authority (LASRERA).

President informed the Governor that the reason for approaching the court was to seek legal interpretation of the extant laws pertaining the practice of Estate Surveying and Valuation in Nigeria in sync with the Estate Surveyors & Valuers Registration Board of Nigeria Decree No.24 of 1975, now CAPE13 LFN 2007.

‘Given that the matter has been thrown out of the Federal High on the ground of jurisdiction, the Institution is now ready and willing to extend the olive branch by bringing the matter for alternative resolution’ he said.

While commending the Institution for electing a Female Chairman in Lagos who is from the Public Service. The Governor appreciated the role of the profession in the development of the State. He expressed the willingness of his government to continue to partner with the Institution in the development of the State. He also promised to address issues raised by the President bothering on the following;
Entry level for Estate Surveyors and Valuers at State Ministry’s to Level 09. He also said, the LASRERA BILL shall be amended with the input of the Institution.