Mrs Olabisi Omotayo Demola-Alade is the current Chairman of the Nigerian Institution of Estate Surveyors and Valuers, Lagos State Branch, the leading Branch of the noble institution. She is a Deputy Director, Lands Bureau, Governor’s Office, Alausa Ikeja Lagos.

She graduated from the Enugu State University of Science and Technology (ESUT) with a Bachelor of Science Degree in Estate Management in the year 1993.

Olabisi Omotayo’s Public Service sojourn commenced at Lands Bureau in year 2000 as a Land Officer where she worked in the Land Use and Allocation Directorate. She was redeployed to Ministry of Housing in year 2005 and served as Scheme Officer for Government Housing Schemes which include Abraham Adesanya, Oko- Oba, Shasha and Ojokoro Millennium Housing Estates.

ESV (Mrs) Olabisi Demola-Alade is a Fellow of the Nigerian Institution of Estate Surveyors and Valuers where she has served diligently at both State and National levels to better the real estate profession in Nigeria. She was the Honorary Treasurer N.I.E.S.V Lagos State Branch 2011 to 2013. Between 2015 and 2017, she served the Branch as the Honorary Financial Secretary.

She actively participates in the programmes of the NIESV Lagos State Branch and served in various subcommittees of the Branch, some of which were Chairman, Outdoor Subcommittee (Unofficial) 2017 to 2019; Chairman Mandatory Continuous Professional Development 2019 to 2021.

Mrs Olabisi Demola-Alade is not only active at the NIESV front. Her passion and love for the real estate sector keeps her getting involved in all such projects and programmes of the sector both at the public and private sectors. She became the Vice President of Lagos State Ministry of Housing (now Shelterite) Cooperative Society and the Honourable Treasurer of The Lagos State Government Land Officers Forum.

She recorded many achievements and received Awards of Recognition such as Outstanding Female Estate Surveyor in year 2019.
She is also a member of Rotary Club International.
She is happily married with children. 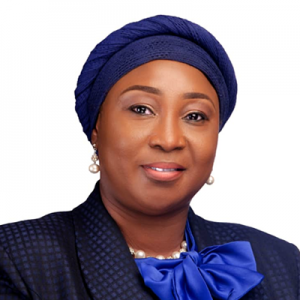